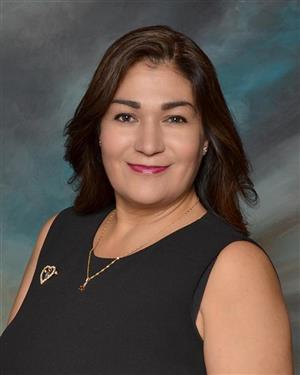 The Ontario-Montclair School District (OMSD) is extremely excited and proud to announce that OMSD Board President Elvia M. Rivas was named Ontario – 2020 Woman of the Year by Assembly Member Freddie Rodriguez.

“President Rivas is the perfect model to serve as “Woman of the Year”.  She consistently leads with her heart and gives endlessly to our community,” stated OMSD Board Vice President Sarah S. Galvez, “OMSD is very fortunate to have Elvia at the helm”.

Trustee Rivas, elected to the OMSD Board of Trustees in 2010, is an avid community volunteer. Ms. Rivas is a 16–year Ontario Kiwanis member, serving 14-years as a board member, president for six years at the club level, lieutenant governor at district level and past trustee for three years of the California-Nevada-Hawaii District for Kiwanis International.  In addition, she served as a board member for Ontario Eastern Little League from 2002 through 2008 and is actively involved in Chaffey High School’s Renaissance Program.

Ms. Rivas received her BA in Liberal Studies/Education from San Diego State University.  Keeping in step with her devotion to service, Elvia is employed at the Ontario International Airport, working closely with the division devoted to passenger with special needs for Alaska Airlines.  She also sits on the boards for the Ontario-Montclair YMCA, the West-End YMCA Executive Board and Park Tree Community Health Center.